There are countless books that have been written about the application of Military Strategies to Business and the most popular is the Art of War by Sun Tzu. It lays out a strategic philosophy that has proven itself over time in its application to business, war, leadership, etc. 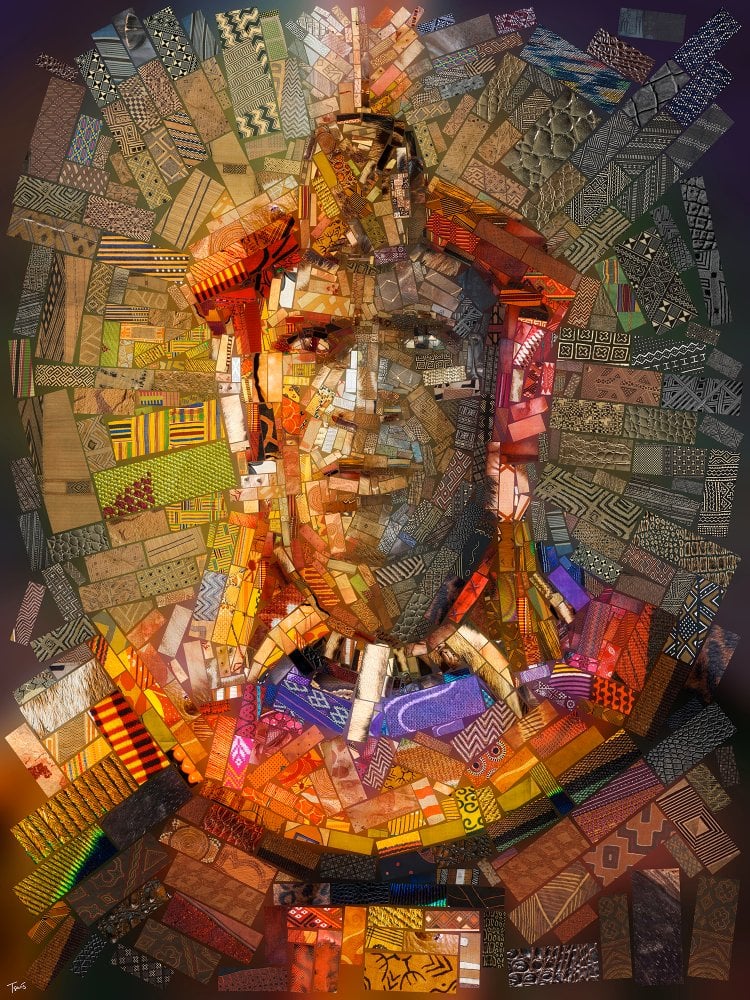 If your goal this year is to optimize the performance of your team, get more done with less or bootstrap your way to entrepreneurial victory, these 7 Military Strategies and Philosophies from Shaka Zulu might prove helpful.

To appreciate Shaka’s Philosophy, it is important to know the Man behind Philosophy. Shaka Zulu was popular and one of the most influential monarchs in the Zulu kingdom of South Africa. Though short-lived, he was described as the African Napoleon for his military genius.

Shaka first tasted war at the age of 21 after he caught the eye of the premier chieftain, Dingiswayo who became some sort of mentor to him. The young warrior was quite different from the others. After he tasted warfare, Shaka reportedly started changing the war gears he was issued, optimizing his strategies for improved effectiveness. In order to win, Shaka Zulu came up with varying tactics and strategies which were undeniable successful, looking at the history bothering his reign.

In the long run, his innate abilities on warfare led to an increase in the Zulu warriors and their fervor to win. Through his set rules, the Zulu warriors increased in numbers and were a highly victorious clan.

Now, we look at those decisions he made and how it could be of help in our businesses; here are 7 strategies from the warrior Shaka,

He accustomed his troops to war conditions (He Was Always Prepared) — We can’t necessarily predict the future, but we can prepare for it. Shaka’s troops were always training and preparing for war regardless of how peaceful the era was. This is also applicable to businesses, preparations, training should be made regardless of the periods the business is in. A popular saying goes “if you fail to plan, you plan to fail”. One must always be a step ahead and prepared for the inevitable or sometimes the not so predictable situations.

His strict military decrees earned him respect (Rules) — One of Shaka’s rule was the elimination of class and privilege, every warrior earned his position and rank. These rules earned him respect and support amongst his subjects. In business, there must be set governance rules, frameworks, and philosophies that should be followed, obeyed, and adopted. This prevents the overstepping boundaries, misdemeanors, etc and ensures your team is moving the same direction A set of rules helps keep the sanity in business and guides the behaviors of employees. For example, Netflix has a People First approach (People over Process), which has been pivotal to their business. 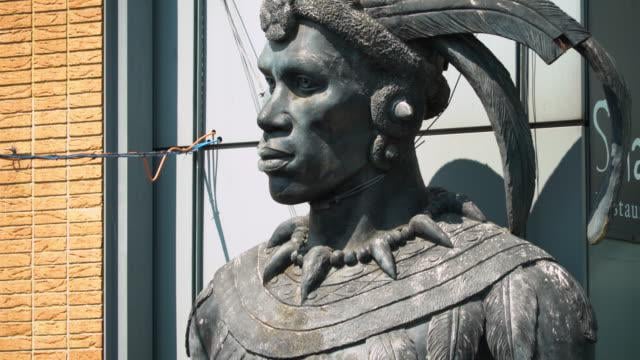 He introduced (and perhaps invented) the bull horn formation (Strategy)

Another thing Shaka Zulu was popular for was the invention of the bull horn formation used during the warfare. This was innovative during his time, set him apart from his rivals and many of his great victories were attributed to the adoption of the bull horn formation. Having the right strategy is essential for business success. It helps one to understand, become familiar with and know where and how a business will arrive at its destination. Strategy is the core strength of a business as it shows the “how-to”. For example, one of Amazon’s winning strategies that helped maintain a sustainable advantage was low-prices and unlimited selection. What is your winning strategy? 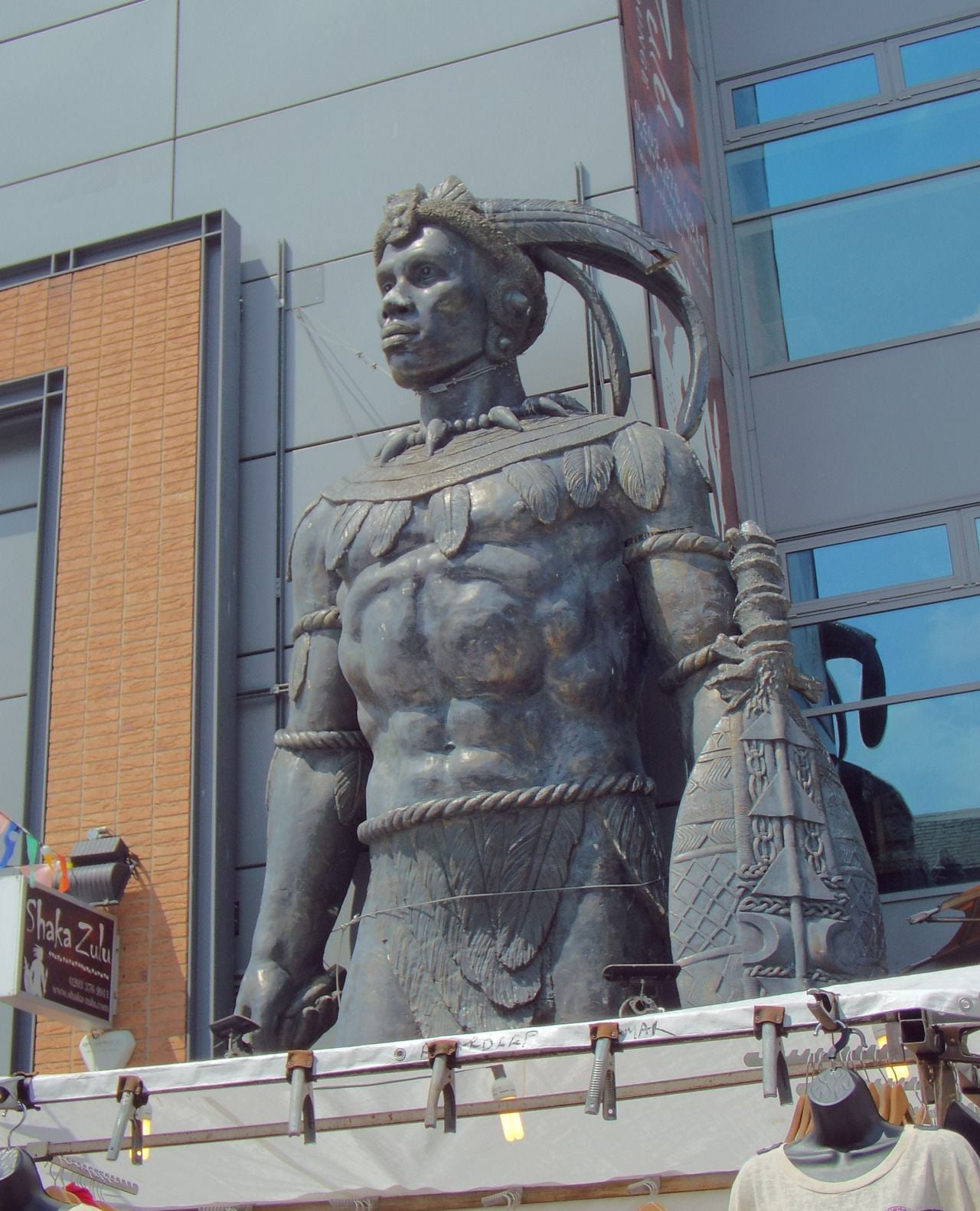 Apprenticeships or coaching programs are a fast way to create loyal, employable and qualified people. It also brings out the best out of your team, accelerating their growth and skill development trajectory. Coaching and apprenticeships programs ensure the team is well equipped in all positions, allowing for a strong team with no weak links. A team is only as strong as its weakest link, and coaching and apprenticeship strengthen weaker links and fosters and reinforces better connections with strong links on a team. Google invented Project Oxygen after its research showed the importance of having an innovative coaching program.

With all the atrocities committed by Shaka Zulu, it is stated that he was caring, quite an encourager and very emotionally intelligent It was said, he often bought his warriors gifts after every victory and showered them with praise. This explains why his clan was always motivated during a war. They remained loyal, willing to sacrifice their life for his course. Emotional Intelligence cannot be overstated in the business world. It is one of the less spoken tools for team motivation. As a business leader, your team is as motivated about your cognitive intelligence or how good of an orator you are but more about how much you care. Appreciation to workers gives room for greater sacrifices and closer relationships. If you want to win in business, appreciate others. Shaka Zulu was said to have implemented very harsh measures when mourning the death of his mother, however, it is recorded that a Zulu member stood up to him and reprimanded him on his actions, this he took with an open mind and called off all the actions that were being meted out.

In the words of Marcus Aurelius, “If someone can prove me wrong and show me my mistake in any thought or action, I shall gladly change. I seek the truth, which never harmed anyone: the harm is to persist in one’s own self-deception and ignorance.”

Self-deception is the worst of all deception and the most harmful of all business traits. Above all, don’t lie to yourself with the hopes to be right. The man who lies to himself and listens to his own lie comes to a point that he cannot distinguish the truth within him, or around him, and so loses all respect for himself and for others. Self-deception is probably the reason why BlackBerry fell from graces being the leader in smartphones to be non-existent today.

Shaka Zulu is said to have helped the Nguni tribes to be more than just pastoralists and farmers, challenging them to strive for influence through trade and culture. Through his tactics and rules, they became one of the most influential and dreaded tribes around.

Challenging employees to be more “than just” is good for business. For example, Google has an 80/20 percent rule where 80 percent of employee time should be spent on gett the routine, daily tasks done while devoting just 20 percent, on a daily or weekly basis, on side projects or those tasks that will help build competency innovate, streamline. This makes a world of difference in what can be accomplished at work. As can be seen, Shaka Zulu was a great strategist and a magnificent warlord before his assassination, one would almost think he was unable to die. Nonetheless, if you would love a memorial piece or a physical connection with Shaka Zulu, XoticBrands offers an African Statue of him for just $79. If you would love to purchase this statue click HERE.