Check Out These 5 Fascinating Things About Apollo

Greek mythology is one of the most fascinating things in history which opens us to a variety of gods and the famous Olympians who lived on Mount Olympus. The Greek god Apollo is one of the Twelve Olympians which includes his father Zeus and Mother Leto, the Titan goddess.

Apollo is the ideal of the kouros, which indicates he has a beardless, athletic and youthful appearance. He is also an oracular god as a patron of Delphi and could predict prophecy through the Delphic Oracle Pythia.

These are 5 other facts that you might not know about Apollo, the Greek god of music, poetry, healing, and medicine.

Quite often Apollo is credited for inventing the lyre, a musical instrument, but it is the trickster Hermes who invented the instrument.

The story goes that Hermes handed over his Lyre to Apollo in exchange to keep the cattle he stole from him. Apollo is said to have been mesmerized by the music of the lyre when he went looking for his cattle and discovered they were stolen by Hermes. 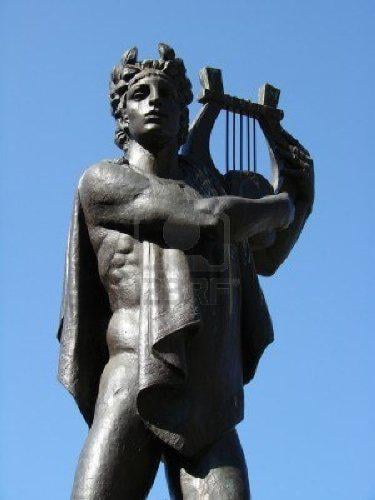 Hermes is said to have begun playing his lyre while Apollo demanded his cattle, the lyre caught the attention of the god who then later bargained for it. Hermes decided to offer the lyre in exchange for his cattle which Apollo accepted.

Apollo was a multi-dimensional god

Apollo is known to be the god of so many things which includes — music, sun, light, poetry, art, prophecy, archery, plague, healing, etc. It is stipulated that Helios was the original sun god who was forgotten. Music is known to be his well-known gifts and one which he honed and cherished so much. 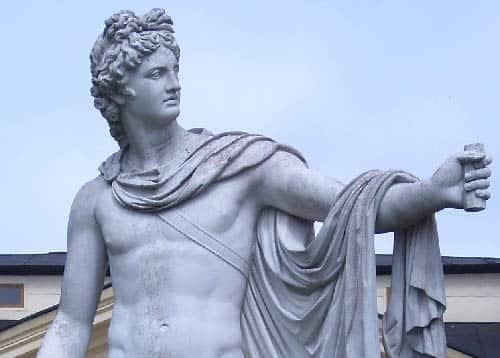 Apollo’s power was temporarily stripped twice by his father Zeus

The first incident which led to his power being stripped was the revenge action he took out on the Cyclopes who created Zeus’ weapons. His action was due to the killing of his son Asclepius by Zeus. Asclepius was said to have defied fate by bring bringing back to life Hippolytus the Greek hero. Apollo was sent to earth to serve the King of Pherae in Thessaly as a mortal. Another occurrence was after a failed attempt to overthrow Zeus alongside Poseidon. This act led to their sentence which was years of hard labor as humans where they built the walls of Troy.

Apollo is recorded to have helped the Trojans in the famous Trojan war which was fought by the Trojans and the Greek army. It is said that one of the Greek leaders abducted a Trojan maiden and took her for his own, unfortunately, the maiden was the daughter to one of Apollo’s priests.

This action is said to have triggered the god and aroused his anger which led to him helping the Trojan armies fight the Greek armies. It is reported that Apollo’s guide of Paris’ arrow led to the death of Achilles who was struck in the heel.

His sacred animals were the wolf, raven and the dolphin, however, Apollo was also known as the god of cowherds. He kept sacred cows stated to be the finest cattle in the world. History reports Hermes once stole fifty of these cows as a joke; when Apollo found out, the only thing that kept him from killing the god of thieves on the spot was Hermes’ invention — a lyre. Apollo was so entranced that he exchanged his entire herd for the instrument.

You can shop various Apollo statues and sculptures on XoticBrands. Click here: Apollo to Shop now.